Know What to Expect and Your Rights During an OSHA Inspection 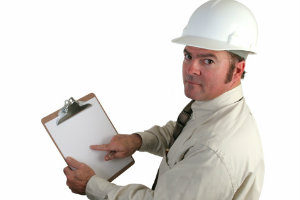 The prospect of an OSHA inspection often inspires fear, and significant fines and penalties can result if the agency finds safety violations. While inspections aren’t to be taken lightly, however, you do have rights as an employer. In fact, Fourth Amendment protections against unreasonable searches may allow you to deny an inspection altogether — at least until OSHA demonstrates probable cause.

What to Expect (and When)

It always helps to know when and why inspectors might show up. According to OSHA, the top four reasons for an inspection are:

The opening conference is also your chance to negotiate the terms and scope of the inspection. In some cases, OSHA will seek a comprehensive walk-around of your entire jobsite, even when the inspection was spurred by a complaint of a specific hazard. In fact, the agency has been known to broaden the scope of an investigation following the opening conference, and best practice dictates that you lay clear ground rules from the get-go.

Similarly, OSHA may try to gain unaccompanied access to various parts of your worksite. It is your right to give specific employees the authority to grant that access, and other personnel need to defer to their decisions. This includes lower-level employees and subcontractors, who should direct access requests to supervisors or other authorized personnel.

OSHA has the right to interview your employees, but third parties (such as union representatives) may be excluded. While OSHA did issue an Interpretation Letter stating that union affiliates could act as third-party representatives for employees in nonunion workplaces, that opinion is not expressly stated in the law regarding walk-around inspections. Ultimately, you’ll want to consult with legal counsel before allowing any non-employee third parties to participate in an inspection.

OSHA is required to conduct inspections at reasonable times under reasonable conditions. While the definition of “reasonable” is open to interpretation, these guidelines generally refer to normal working hours and workloads. While a claim of inconvenience won’t work indefinitely, you may be able to postpone an inspection due to heavy workloads, the absence of supervisors or even the need to consult with your lawyers. From OSHA’s standpoint, a brief delay is more reassuring than a flat refusal, and it allows you to get your documents in order before the inspection begins.

What You Can Do During Your Inspection

You’ve defined the scope of your inspection, restricted access to relevant areas and limited the influence of non-employee third parties; now it’s time to begin. You have the right to designate a safety officer or other employee to accompany the OSHA agents, but keep in mind that their notes may be subject to review. OSHA’s records, photos and measurements are also legal evidence, and you can request duplicates for your own records. Once the inspection is complete, OSHA must hold a closing conference to discuss any and all violations.

To make your next encounter with OSHA a positive one, download our guide, How to Pass Your OSHA Audit with Flying Colors.