How to Protect Your Outdoor Workers from the Zika Virus 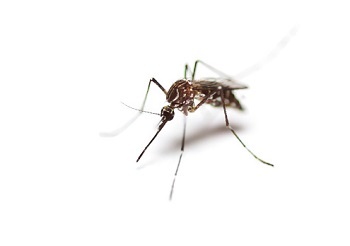 With all of the travel to and from Rio de Janeiro for the 2016 Olympic Games, a typically rare, unknown illness has come to the United States—the Zika virus. Typically found in isolated outbreaks in Africa, Asia, the Americas and the Pacific, Zika presents mildly in patients but with severe symptoms in the children of affected, pregnant women.

Unfortunately, Zika is transmitted primarily through mosquitoes, and now that travelers are coming back to the United States en masse from Brazil, the virus’ spread is a major risk. This risk is especially concerning for outdoor workers, who spend eight or more hours per day in the presence of mosquitoes. If you’re responsible for the health and safety of outdoor workers at your company, you need to understand as much as possible about this disease’s signs, symptoms and preventive measures.

What is the Zika Virus?

According to the World Health Organization (WHO), the Zika virus is usually transmitted through the bite of an Aedes mosquito, the same species that transmits dengue and yellow fever. There are two types of this mosquito, one of which thrives in tropical climates, and the other of which can hibernate to survive in cooler temperatures.

While Aedes can’t travel long distances on their own, they may be accidentally brought to other continents by plane or boat, spreading the disease to otherwise unaffected populations. It can also be spread sexually, posing particular danger to the unborn children of women and their partners. While many researchers believe the current Zika outbreak is primarily a Central and South American problem, others believe the U.S. outbreak could (or already has) become a significant problem.

In affected patients, the primary symptoms of Zika are mild: a slight fever or rash appearing a few days after exposure, as well as conjunctivitis, muscle and joint pain and lethargy. These symptoms usually last no more than one week.

Zika’s real danger is in its effects on the unborn children of pregnant patients. The WHO also states that, “Based on a growing body of preliminary research, there is a scientific consensus that Zika virus is a cause of microcephaly and Guillain-Barré syndrome.” Microcephaly is an incurable condition where a baby’s head is smaller than normal, and it can lead to damage in developing brain tissue. Guillain-Barré syndrome is a serious autoimmune disorder in which the immune system attacks healthy nerve cells, leading to weakness, numbness and eventually paralysis.

Fortunately, even if Zika proved to be a serious problem in the United States, there are plenty of ways to protect your workers from infection. OSHA paid particular attention to mosquito-borne illnesses during the West Nile virus outbreak in 2012, issuing a series of preventive recommendations. The Centers for Disease Control and Prevention (CDC) has done the same during the recent Zika outbreak.

Ultimately, reducing your workers’ risk of Zika exposure will have to be a collaborative, ongoing effort—and that requires training. To efficiently build and track your training programs, ensuring that every worker is up to speed, check out our Training Management Module today!