OSHA Report: The Real Cost of a Workplace Injury 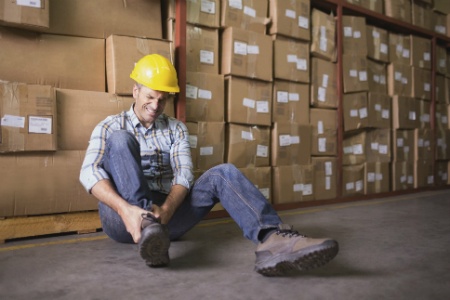 When a worker is injured, the lost time is often just the beginning of a long, expensive road to recovery.

A single injury can cost tens of thousands of dollars in medical bills, workers’ compensation, legal fees and more. For the injured workers themselves, an incident can lead to additional, uncovered fees and reduced hours and responsibilities—not to mention all the non-monetary setbacks. The impact of workplace injuries is far-reaching, and all safety professionals need to acknowledge it.

The Occupational Safety and Health Administration (OSHA) details these long-term consequences in its recently released report, Adding Inequality to Injury: The Costs of Failing to Protect Workers on the Job. If you’re in the process of updating your company’s safety policies—and certainly if you’re aiming for a higher safety budget—both your higher ups and workers should be aware of these findings.

One of the report’s key findings is that, on average, workers earn $31,000 less over the 10 years following an injury. That’s roughly 15 percent less than what they would have otherwise earned. Even after workers’ compensation, insurance and government subsidies have done their part, most employees’ long-term earning potential suffers for far longer.

This may not be surprising to a worker who has experienced an injury, but they bear more of their own costs than most people realize. The study found workers’ compensation covers 21 percent, the federal government, 11 percent, state and local governments cover 5 percent and private health insurance, 13 percent. The other half of all costs falls on the workers themselves.

What’s more, fewer than 40 percent of eligible workers apply for any compensation benefits at all. This figure factors in not only minor illnesses and injuries, but also amputations and other major trauma.

The system seems to perform even worse for low-wage workers, many of whom are (documented) immigrants afraid to lose their jobs if they file for benefits. Unfortunately, the people who need help the most often feel they have the most to lose, and they are unaware of the legal protections they have in seeking just compensation.

Finally, illnesses remain unreported and uncompensated far more than injuries. One study cited in the OSHA report showed as many as 97 percent of workers with occupational illnesses are never compensated for their doctors’ visits, medications and other treatments. Workers eligible for Medicare, Medicaid, veterans’ benefits or private insurance often choose one of those, instead, but they’re still missing out on the additional help they could be getting from their employers.

The labor market has seen a variety of recent changes: employees of multiple employers working on the same job sites; misclassification of wage-earning employees as private contractors; and the frequent use of temporary employees. These workers not only face greater difficulties in receiving compensation—they’re more likely to suffer an injury in the first place.

How does that happen? First, because OSHA requirements don’t cover the self-employed, misclassifying wage employees as contractors removes the organization’s requirements for a safe workplace. Second, since those employers are able to avoid compensation insurance premiums, they’re even less concerned with creating safe work environments. The lack of legal and financial responsibility creates the perfect storm for unsafe job sites.

Ultimately, the actions of irresponsible and unscrupulous employers make matters more difficult for everyone. They result in higher insurance premiums, strain on the social system and OSHA requirements that can seem unreasonably tough to follow.

The good news is you can avoid most of these unnecessary costs and hassles. By creating a safer workplace in which fewer accidents and illnesses happen in the first place, you’ll dodge all sorts of complications, legal pressures and public scrutiny—and you’ll have a happier, healthier, more productive workforce to show for it. The rising costs of workers’ compensation won’t put such a strain on your business if everyone’s staying safe.

The BasicSafe Incident and Investigation software makes reporting and investigating easy, and even fills the OSHA reports for you! For more safety management tips, check out this free resource, 9 Ways to Make Your Job As A Safety Manager Easier.