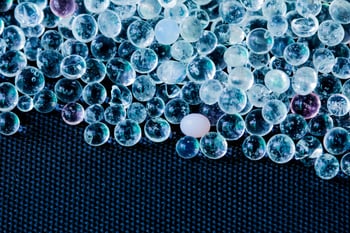 OSHA finally released its controversial rule on crystalline silica exposure, which went into effect June 23. This rule marks the first mandated reduction in silica exposure limits since 1971, and it will significantly impact both leadership and employees in a wide range of industries. Here are a few things you’ll want to know about the ruling – its reasons, its requirements and the effects it will have on you and the personnel you keep safe.

The Need for Silica Reduction

About 2.3 million workers are exposed to airborne crystalline silica, including 2 million construction workers who drill or crush silica-containing materials. Many of these materials are ubiquitous in industrial work, including concrete and stone. Silica also affects another 300,000 workers in general industry operations, including brick manufacturing, foundries and hydraulic fracturing.

The U.S. Department of Labor originally warned against silica-related hazards after a series of workplace deaths in the 1930s, though it wasn’t until the creation of OSHA in 1971 that exposure limits were set. Those standards had their limitations, however, and in 2013 OSHA proposed new rules that would further limit exposure. After a year of soliciting input from various agencies, OSHA held a series of hearings which included testimonies from 200 stakeholders.

Those testimonies contributed to the final ruling, which was finally released on June 23, 2016. “Workers across America can breathe easier today,”said National COSH Acting Executive Director Jessica Martinez to Occupational Health & Safety. “We’ve known for decades that silica dust is deadly. With new common-sense rules in place to limit exposure, we can save lives and reduce suffering from silicosis, cancer and other life-threatening diseases.”

Just what will the new OSHA silica rule require? Although OSHA just released its mandates, the first of them won’t take effect for about a year. On June 23, 2017, the construction industry will have to reduce its respirable crystalline silica to 50 micrograms per cubic meter of air, averaged over an 8-hour shift. Employers will also have to use engineering controls to limit worker exposure, provide respirators when those controls aren’t up to standard and limit worker access to areas with the greatest exposure.

Companies will also need to provide medical exams to highly exposed workers, train workers on silica risks and reduction strategies and develop written plans to control their exposure. General industry, maritime industries and hydraulic fracturing companies will have until June 23, 2018 – one year more – to comply.

If implemented properly, these lower silica limits may significantly reduce workers’ exposure to silicosis, lung cancer, obstructive pulmonary disease and a host of related chronic conditions. “Our next step is to make sure workers and employers know how to control silica dust at the worksite,” Peter Dooley, a health and safety project consultant at National CASH, told OHS. “That means training and materials provided in language workers can understand. It also means informing workers about their right to a safe and health workplace – and the actions they can take to enforce their rights.”

OSHA has likewise committed to helping employers and employees realize the benefits of the final rule. They even offer on-site consulting services for small businesses looking to comply. To keep your company up to date on the latest changes in the safety industry, subscribe to our blog today!