Hierarchy of Controls for Workplace Safety 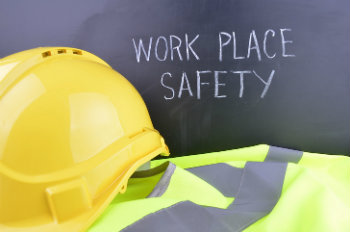 Exposure controls are critical for protecting workers, and they either remove hazardous conditions or place barriers between workers and hazards. Ventilators might remove airborne pathogens, for instance, or guards might be used to separate workers from rapidly spinning equipment. Well-designed engineering controls effectively protect workers without interfering with productivity or personal comfort, and without making tasks more difficult to perform.

Traditionally, companies and regulatory agencies have used hierarchies of controls to determine how they should implement workplace safety solutions. While the ideal solutions vary from one organization to the next, priorities and best practices are consistent. The following are the hierarchy of controls most important elements.

At the top of the hierarchy is complete elimination of a hazard, the most effective way to protect workers. For example, a 10th-story component of a building under construction might be temporarily moved to ground level to eliminate fall hazards. Since elimination requires physically changing a worksite, it tends to be the most expensive strategy.

Similar to elimination, substitution involves replacing a factor that produces a hazard with something that does not. Lead-based paint could be replaced with acrylic paint, for instance, or a risky handling procedure could be replaced with a new procedure that limits exposure to toxic agents. Substitution often requires significant changes to equipment and procedures, however, and it can be difficult to implement in-process.

The third-most effective means of hazard control, engineering controls are designed to isolate workers from a hazard, rather than removing the hazard altogether. Common examples include mechanical guards, interlocking systems and safeguarding devices such as fences, safety mats and two-hand controls.

While engineering controls aren’t as protective as elimination or substitution, they still control exposure at the source of the hazard, before it comes into contact with workers. In many cases, these controls can also offer protection without any extra interaction from workers themselves, and they often reduce long-term operating costs.

When you can’t isolate workers from a hazard altogether, your best bet is to limit their exposure. Administrative controls are designed to change the ways people work, and examples include procedural changes, signs and warnings. There may also be ways to reduce the magnitude of a hazard—road crews operating at night in light traffic, for instance.

Perhaps the most effective type of administrative control is safety training. Effective training programs educate employees about the dangers they face and provide viable strategies for staying safe without impeding productivity or efficiency.

Personal protective equipment (PPE) is the least effective protective measure on the hierarchy of controls, but it’s still critically important. Elimination, substitution and engineering controls offer greater protection, all things considered, but not all circumstances allow for total isolation of a hazard. In situations where workers will be exposed to falling debris, dangerous chemicals and other dangers, their best bet is to wear carefully chosen, well-maintained PPE. Common PPE includes hard hats, respirators and high-visibility clothing.

Are you ready to better implement the hierarchy of controls in your workplace? One of the best ways to organize and improve your safety policies and procedures is to use a comprehensive EHS management software. Contact us today for a free demonstration of our award-winning software package.