Is Your Company Losing Its EHS Budget on Purpose? 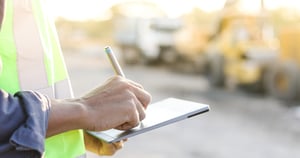 Cut costs while maintaining or improving performance: it’s a common mandate at companies large and small, and management is expected to respond with a can-do attitude. Of course, such a tall order is easier said than done. While any team can be at least a little more efficient, results are inevitably tied to the number of resources invested.

The environmental health and safety world is no exception, yet managers are constantly contending with top-down directives that de-prioritize EHS programs in favor of more “revenue-generating” activities. Despite the last few decades’ tremendous advancements in occupational health and safety, many executives, board members and upper management still see EHS as more of a cost than an investment.

If this scenario feels familiar, it’s important that you and your team communicate the far-reaching benefits of improving EHS initiatives and investing in business productivity tools. In addition to preventing accidents and injuries, improved health and safety is a boon to any company’s bottom line — and perhaps even an essential component of long-term viability.

The High Costs of a Low EHS Budget

Attempts to save money by cutting EHS costs are short-sighted at best. Every year, U.S. companies collectively lose tens of billions of dollars to workplace injuries and related costs, and OSHA’s penalties continue to climb as stricter regulations are put in place. As of 2017, the maximum per-violation penalty rose to $12,675, and the fine for willful or repeated violations rose to $126,749. These fines were just $7,000 and $70,000, respectively, in 2015, and they’ve risen steadily since.

OSHA fines aside, the audit process itself can be a tremendous drain on your company’s resources, even if no violations are found. If you’re not prepared, you’ll have to scramble to gather records, generate documents and assemble a team to meet with the agency. While you may not be able to avoid audits altogether — particularly if you’re in a high-hazard industry — consistent scrutiny costs far more than preventive measures.

Despite the high cost of low safety, executives voice a few common reasons for reducing (or not increasing) their company’s EHS budgets. One of the most common objections comes from small to mid-sized companies whose owners believe they don’t have enough employees to justify a full-fledged safety program.

However, it’s these small companies that often face the greatest risks. Without the legal and financial resources to battle lawsuits and claims of regulatory violation, one serious incident can leave them bankrupt. What’s more, a lack of EHS-related record-keeping can subject these companies to “small” but still significant penalties that eat away at profits. A $5,000 charge for a lack of supervisory oversight, for instance, might not mean much to a nine-figure firm, but it will make a serious dent in a family-owned construction business.

Another common objection: “We already have workers’ comp insurance.” However, even top-notch workers’ compensation claims tend to only cover employee medical expenses and wages. That doesn’t include a bevy of other costs, including lost time, damaged equipment, a slowdown in production and the training of a replacement employee. Overall, research suggests that for every $1 of direct accident costs, there will be $3 of indirect costs.

In addition to those indirect costs, premiums are also likely to rise post-incident — particularly if the company is found negligent. After all, no insurer will offer great rates to an organization that doesn’t do its part to prevent accidents from occurring in the first place.

Finally, short-term thinking often causes decision-makers to assert that they can’t afford a better EHS program right now, and that it will only be a viable investment when productivity reaches a certain point. What they fail to realize, however, is that safety and productivity are intertwined. According to recent research, the top performers in every industry boast significantly lower incident rates than their lagging competitors.

Streamlining Your EHS Department with Software

Hopefully these data points compel your executives to reconsider cuts to your EHS budget. To help make your case, consider an investment in a business productivity tool that will make all of your efforts more efficient and cost-effective: a comprehensive EHS software suite. By centralizing your records and digitizing your documentation and planning, you can drastically reduce the time and resources spent on any EHS improvement. Ultimately, you’ll be able to perform the same tasks, faster and easier, and get the best results possible out of your EHS programs.

Don’t let outdated technology hold your company back. To learn more about how BasicSafe’s EHS software suite can help your organization, contact us today.