3 Turning Points in the History of Workplace Safety 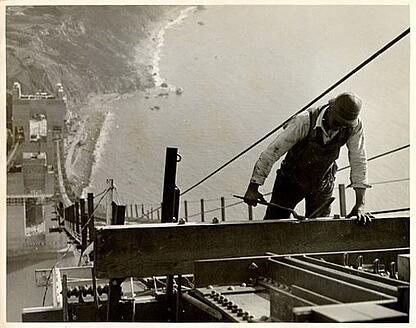 Imagine working on the beam of a bridge only a few feet wide and more than 200 feet high. There is no harness to secure you and nothing to catch you if you fall; one slip means certain death. As you look around at your construction crew, you know statistically, some of you won’t survive to see the project’s completion.

It sounds barbaric, but this was standard operating procedure just a few generations ago, before the construction of the Golden Gate Bridge.

In fact, most modern-day workplace safety practices we take for granted now didn’t exist 100 or even 50 years ago.

Learn more about how you can inspire your workers to be more accountable for their health and safety here- “9 Ways to Make Your Job As A Safety Manager Easier.”

The next time your workers complain about having too many rules or having to apply for yet another equipment clearance, ask them if they’d rather go back to the “old days” when safety wasn’t part of the standard. These three turning points in the history of workplace safety might make them think twice.

The birth of the Industrial Revolution bred filthy and dangerous working conditions in many factories—conditions employers were slow to address. Massachusetts legislators were the first to act by approving the nation’s first safety and health legislation in 1877. The law required many safety precautions we now take for granted, such as guards for belts, shafts and gears and adequate fire exits. By 1890, nine states had implemented regular factory inspections, and others followed with similar requirements to guard hazardous equipment.

But the rest of the country wouldn’t take serious steps to protect workers until 1911, when the first U.S. workers’ compensation laws were enacted. A year later, the National Council for Industrial Safety, now known as the National Safety Council, formed to collect data and initiate accident prevention programs. The Council estimated that 18,000-21,000 workers died from workplace injuries in 1912, a startling realization. Prior to that, there was no official recordkeeping. Today, collecting data on illnesses and injuries continues to be an important part of the federal government’s workplace safety prevention program.

Employers Recognize the Dangers of Chemicals in the Workplace 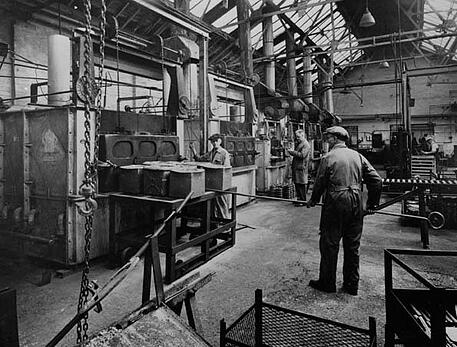 Before the turn of the century, it was common for workers to endure painful and debilitating conditions as a result of working with various chemicals. Little was known about the dangers of these chemicals until the U.S. Bureau of Labor began publishing graphic case studies of fatalities and injuries related to certain trades. One of the worst chemical culprits was white phosphorus used to make matches. Over time, exposure to white phosphorus caused workers’ jaws to rot. The disease, known as phosphorus necrosis or “phossy jaw,” eventually damaged vital organs and became fatal if left untreated.

A 1910 Bureau of Labor study on the condition prompted the industry to develop a new way to make matches that eliminated the hazard.

The modern material safety data sheet was developed later in the 1960s, and first used in maritime safety regulations. By 1987, all employers were required to provide information regarding the chemicals used in the workplace. 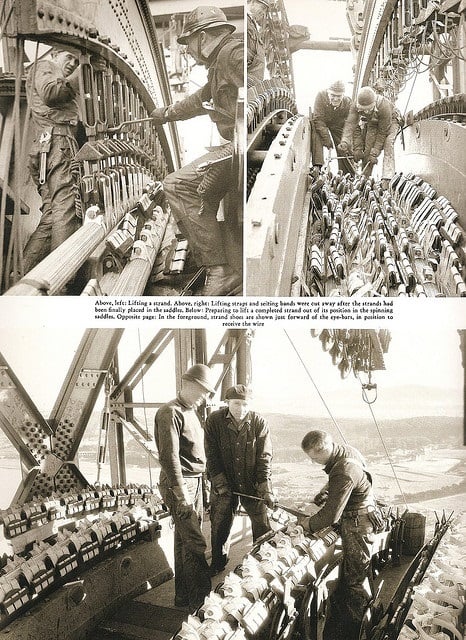 When construction of San Francisco’s Golden Gate Bridge began in the 1930s, the industry had come to expect one death for every million dollars spent on a project. That was the norm, but chief project engineer Joseph Strauss wasn’t willing to tolerate it. He commissioned a rope-and-mesh safety net under the floor of the bridge during the construction of the roadway structure. That bridge saved the lives of 19 men, who were dubbed members of the “Halfway-to-Hell Club,” according to the Golden Gate Highway & Transportation District. Strauss also required workers to wear hard hats, safety lines and respirators during riveting to prevent them from inhaling lead-tainted fumes. These practices were considered revolutionary for their time, and workers who did not follow them could be fired.

Eleven workers still lost their lives during the project—including 10 who died after a portion of scaffold fell through the safety net—but without the net and other strict requirements, that number would have been much higher.

As history shows us, a successful safety program starts with recognizing the status quo isn’t going far enough to protect workers. It involves documenting the problem, working with regulators to set appropriate standards and educating your employees so they understand how to keep themselves safe.

BasicSafe’s comprehensive safety software allows you to manage all aspects of your workplace safety programs, from incident investigation and reporting to training.

To learn more about how you can inspire your workers to be more accountable for their safety, download our free guide, “9 Ways to Make Your Job As A Safety Manager Easier.”